I worked collaboratively with Tia Crocker and Andreas Kostopoulos to design a city for 100,000 people on a 1 square kilometer rural site outside of Chengdu, China for the 2011 Vertical Cities Asia competition.  Hover City floats above the land, touching down only minimally at the city’s edges.  The land below remains wild, while the rooftop of the city becomes its new streetscape, hosting main circulation paths and highly programmed indoor-outdoor spaces.  The form of the city optimizes passive regulation of air and light given the local climate, and it is ideally shaped for water collection.  Hover city upends traditional notions of a city and provides a sustainable answer to the question of how to infuse quality into high density urban design.

Hover City was presented at the Vertical Cities Asia conference in Singapore, and it was on display at the National University of Singapore in July 2011. 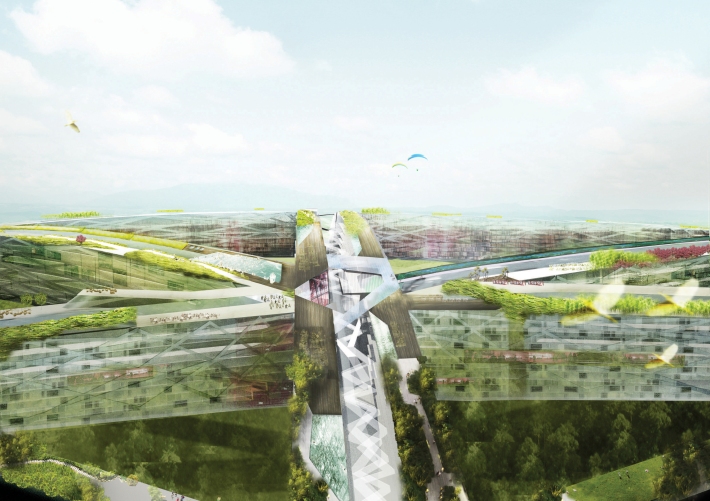 Curated nature on the roof 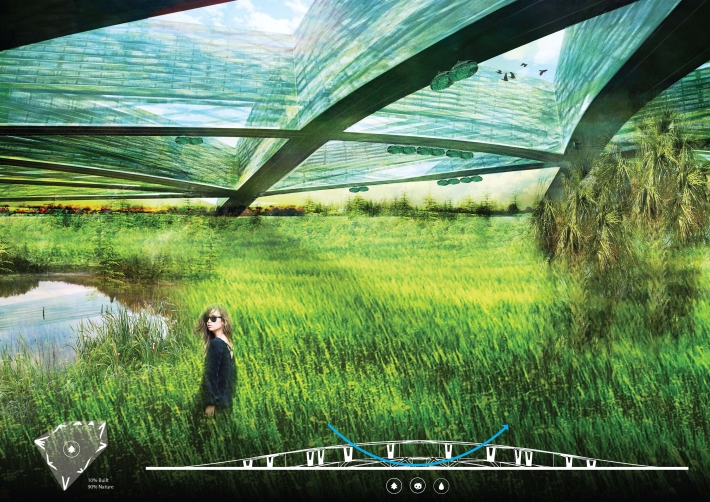 Preserved nature below the flying buildings 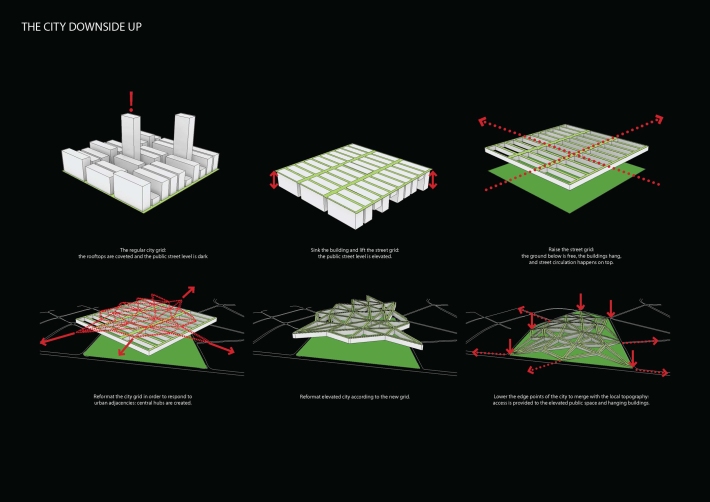 Program is layered horizontally, with nodes providing an opportunity for circulatory and programmatic mixing. 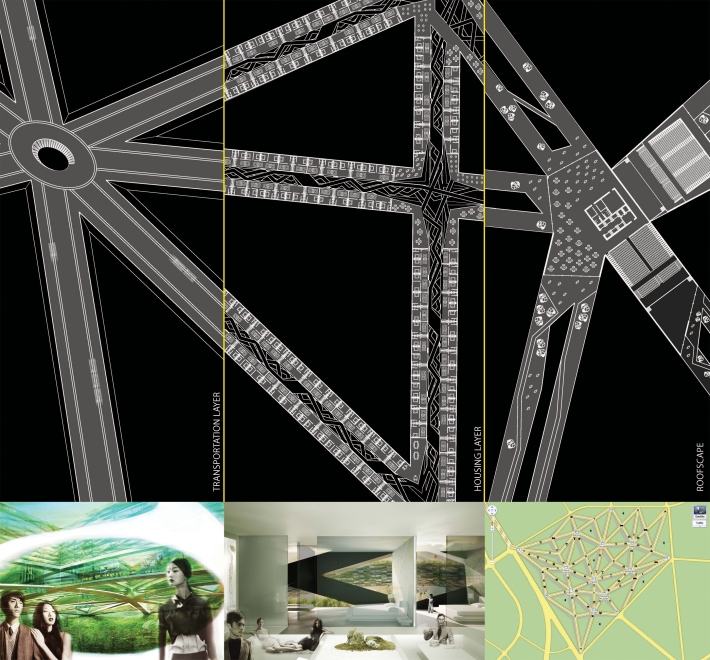 The map shows that each node has a unique theme, with one a museum node, one a farmer’s market/restaurant node, etc.